Confluence of the sun gods

​The forces of Khepera, Re and Tem can exert influence outside their eras, but their impact can be muted or cut short. For example, the 1954 movie The Wild One starred Marlon Brando as a motorcycle gang leader whose rival, portrayed by Lee Marvin, led a gang called the Beetles. This manifestation of the scarab god during the Tem period was premature because these were "rebels without a cause," as demonstrated by two lines of dialogue from the movie:

"What's Johnny rebelling against?"
"What have you got?" he sneers.

When Khepera was ready to take the stage, in the mid-1960s, the rebels would finally have a cause, in fact, at least three: civil rights, sexual liberation and opposition to the Vietnam War.

Another premature appearance of Khepera can be found in the 1959 novel Naked Lunch, in which "Beat" generation author William Burroughs depicted a typewriter, a tool of creation, turning into a giant beetle. Perhaps it would be a slight stretch to point out that the Beatniks were just a few letters away from the Beatles and a few years away from the revolution.

The transition from beatnik to Khepera-era hippie was foreseen in the CBS sitcom The Many Loves of Dobie Gillis, which aired from 1959 to 1963.  Maynard G. Krebs, portrayed by Bob Denver, began the series as a stereotypical beatnik, with a goatee, “hip” language and a generally unkempt, bohemian appearance. However, by the third season of the show, Maynard becomes more of a free spirit who “does his own thing,” a protégé of the late 1960s hippie. 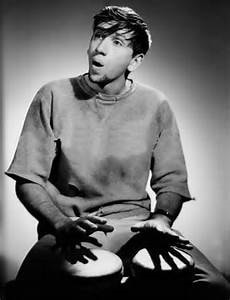 Tem would attempt to assert itself during the Khepera period when the floral theme of the water lily made a brief appearance as Flower Power and the Summer of Love in 1967. Alas, peace and serenity could not hold its own against the stronger Khepera forces of rebellion and change.

A temporary Re subversion of the Khepera era occurred in Argentina when the military staged a coup on March 24, 1976. This mini-Nazification left a trail of nearly 13,000 dead or missing, many carried away from their homes in green Ford Falcons driven by the authorities. A disgraced and humiliated military lost their power in 1983 after a mini version of World War II, in which the British, supplied by their American allies, dislodged Argentine troops from the Falkland Islands. I ran across the Falcon reference when I took my mother's Toyota Tercel in for a smog check on May 25, 2005. In the Smog Connection lobby, I discovered the article "Relics of Argentina's Dirty War Resurface" by James Morrison, along with a photo of one of the Ford Falcons, in the October 2003 issue of Razor magazine. Like a spiritual guide, the white falcon (Tercel) had led me to a green falcon.
​
The default God  Skeptics may accuse of me of cherry-picking events and famous people to support my Cycle of Re theory and may note that regardless of the cycle period, the "Re at noon" figure of violence and oppression seems to dominate world history. I would suggest that "Re at noon" is the "default God" who serves as the baseline or lowest denominator deity. Cultures are ready to accept the rebirth potential of the trinity only when they become more advanced and enlightened.