​The miraculous swirling sun witnessed by pilgrims to Fatima in 1917 represented the swastika and was a sign that heaven would send Adolf Hitler to punish humanity for its sins.

The miracle at Fatima also showed that the God of Christianity and Re, the sun god of ancient Egypt, are the same deity. After centuries of "Passover" — passing over from the Egyptians to the Jews to the Christians to the Muslims — God was again appearing on earth as a sun god, this time in the person of Hitler.

The events associated with Our Lady of Fatima began on May 13, 1917 when three children tending sheep near the town of Fatima in central Portugal reportedly saw the Virgin Mary appear as a shining figure in an oak tree. She told the three children, Lucia dos Santos, age 10, and her younger cousins Francisco and Jacinta Marta, to return to the site on the 13th day of the month for the next five months. During these visits, she imparted to the children a vision of hell, warned them of a second world war and asked for the conversion of Russia from its coming acceptance of communism.

On the final visitation, some 50,000 people had arrived for the October 13 event, expecting a miracle promised by the Holy Mother. The crowd endured a heavy rain fall. In the afternoon, the sky suddenly cleared, and the sun reappeared, but as a dull silver disk with a sharply defined edge, like a plate in the sky. One could look at it directly without hurting the eyes.

Suddenly, the sun began to tremble and shake, then began spinning furiously while throwing out light in all colors. One witness noted, "Everything assumed those same colors: our faces, our clothes, the earth itself." Awe was followed by shock: The spinning sun was falling and turning blood red as it plunged toward earth. The sun was variously described "like a bicycle wheel" or a "fire wheel." Then the sun returned to its normal place in the sky and resumed its customary appearance. 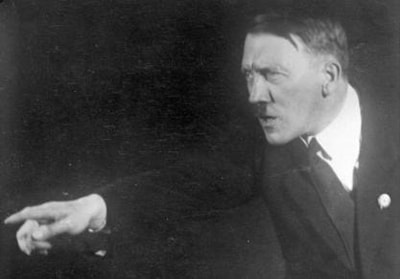 The spinning sun was the swastika. According to the Holocaust Research Center at holocaust.trc.org., the swastika "is considered to be a representation of the sun and is associated with the worship of Aryan sun gods." Holocausthistory.net, a website of The Holocaust Centre, Beth Shalom, stated that the swastika was "sometimes used to symbolize the sun's movement." The neo-Nazi website Stormfront prefers to interpret the swastika as the Hammer of Thor but acknowledged, "some sources do believe that it could be derived from the well-known Germanic Sunwheel."

In the Virgin Mary's second message she told the children, "When you see a night illuminated by an unknown light, know that this is the great sign given you by God that he is about to punish the world for its crimes. "

The reference to a "night illuminated by an unknown light" came true on January 25, 1938 as reported the next day by The New York Times: "The Aurora Borealis, rarely seen in Southern or Western Europe, spread fear in parts of Portugal and lower Austria tonight while thousands of Britons were brought running into the streets in wonderment. The ruddy glow led many to think half the city was ablaze . . . "
Since northern lights are caused by high energy particles emanating from the sun, this unusual activity, like the Fatima swirling sun, could be attributed to a solar deity.

If you prefer Eastern spirituality to the Catholic “spin,” you might argue that Hitler was karma for colonialism. Europe conquered and oppressed much of the world; Hitler conquered and oppressed ​much of Europe, giving the colonial powers a taste of their own medicine. “Nazism was the application of colonialism to Europe,” noted Aimė Cėsaire, the Afro-Caribbean author and politician.

Sekhmet  Who was Hitler's version of the fierce lioness daughter? Western religion does not allow for a dark goddess, so Sekhmet emerged in cinema in that early war year, 1939, in the movies The Wizard of Oz and Gone With The Wind.

Behold the young warrior Dorothy, demanding strength from her weak inner men. From the man of straw, she drew a bundle of sticks, the fasces of fascism. From the tin man, she forged steel for bullets and armor for tanks. From the cowardly lion, she demanded the courage of the lioness Sekhmet. She killed rival witches in murders disguised as accidents. Slippers dipped in ruby blood; soon the red torrent would rinse her hair.

Now she becomes Scarlett, Witch of the South, a widow dancing on the corpse of her husband. Men run off to war on the false promise of her tease. She yearns to be tamed by the pure and honorable Ashley but is doomed to coupling with the equally black-hearted Rhett. Sepia tones give way to vibrant color. Dreams invade the waking mind. Celluloid battles draw real blood. Dorothy Gale came in a tornado and is gone with the wind. But she will never give up. Tomorrow is another war.

Walt Disney  (1901 - 1966) first gained popularity in 1928 with short cartoons featuring Mickey Mouse. A productive career in animation and motion pictures reached its pinnacle in the 1950s, a period of economic growth and conservative social values that is typical of a Tem period.

In 1955 Disney opened Disneyland, a theme park that expressed different aspects of the Re mythology. At the center of the park is a castle, signifying that a monarch or pharaoh, Disney himself, presides over this magic kingdom. Nearby is a replica of the Matterhorn, the peak in Europe that most resembles a pyramid. The park features boat adventures, such as the Jungle Cruise and Pirates of the Caribbean, which duplicate the experiences of Re, who travels through the sky in a boat and battles the serpent Apep. 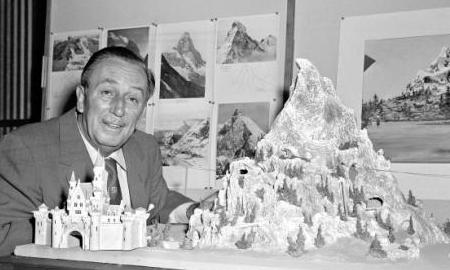 ​Disney with models of castle, Matterhorn

Sand Vision  In the late 1950s, I was a student at Miles Avenue Elementary School in Huntington Park, California. The school provided an after-hours day care center where children could stay until a working parent could pick them up. The school had a large sand box, which became more fun to play with when the sand was hosed down and you could pretend you were at the beach, sculpting sandcastles or other creations.

I recall building a mountain of sand then carving furrows that circled the mountain. I would run marbles down the sand chutes. Sometimes if the wet sand was firm enough, I carved a tunnel through the mountain to provide a more interesting route for the marbles.
​
Only decades later did I realize that my marble “ride” on Sand Mountain was a prototype for the Matterhorn bobsled ride at Disneyland. I shared a common vision with Walt Disney.

The Beatles  Tem provided prosperity but a restless world was awakening to a new dawn. Here comes the sun. Here comes the 60s. The Beatles were an incarnation of the Egyptian scarab god Khepera. In the sun-god trinity, Khepera brings the dawn, Re appears at noon, and Tem carries the deity through the night. Khepera (or Khepri) rolls the sun across the sky like the scarab rolls a ball of dung. He has the power of resurrection, bringing the sun back to life after it “dies” at night.

The Beatles represented the resurrection of Western civilization after it had “died” during World War II and slumbered during the conservative social and political era of the 1950s. The Beatles and the beetle god also expressed the general creativity and challenge to authority that began in the mid-1960s, a period also popularized as the "Age of Aquarius."

The sun inspired the song writing of the sun gods. The words "sun" or "sunshine" are mentioned in 17 songs recorded by the Beatles, such as these lyrics from “Dear Prudence”:

The sun is up, the sky blue,
it’s beautiful and so are you

John Lennon's most controversial statement, that the Beatles were more popular than Jesus, was hardly an outrageous comparison as the scarab form, like Jesus, represents resurrection. For example, the German artist Albrecht Dürer associated a beetle with Christ in various paintings.

​Another Jesus-Beatles connection can be found in dialogue from the “College” episode in the first season of The Sopranos.

Father Phil Intintola: You know what's remarkable? If you take everything Jesus ever said, add it up, it only amounts to only two hours of talk.
Carmela Soprano: Nooo. But wait, I heard the same thing about the Beatles. Except it was if you add up all their songs it only comes to ten hours.

While initially apologetic about making the Jesus-Beatles comparison, Lennon returned to the subject in the song "The Ballad of John and Yoko":

Christ you know it ain't easy, you know how hard it can be
The way things are going, they're going to crucify me
​
The ball of dung pushed by the scarab god also had its counterpart in modern culture. That rolling ball is "like a rolling stone," which, aside from the original meaning “gathers no moss,” begat the Rolling Stones and Rolling Stone magazine. 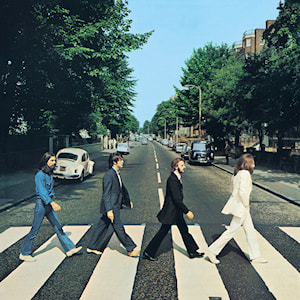 ​
The album photo for Abbey Road was shot by Iain MacMillan on August 8, 1969 at a location outside the EMI studio at 3 Abbey Road. The placement of the Volkswagen Beetle on the cover was an unintended "coincidence." Efforts to find the owners to remove the car from the shooting sight were unsuccessful. Police attempting to move the vehicle could only get it partially off the street. In the Era of Khepera, you can't push the scarab out of the picture.
​
In September 2018, former Beatle Paul McCartney released the album Egypt Station, whose cover art included a scarab, perhaps an acknowledgment of the Beatles-Khepera connection.